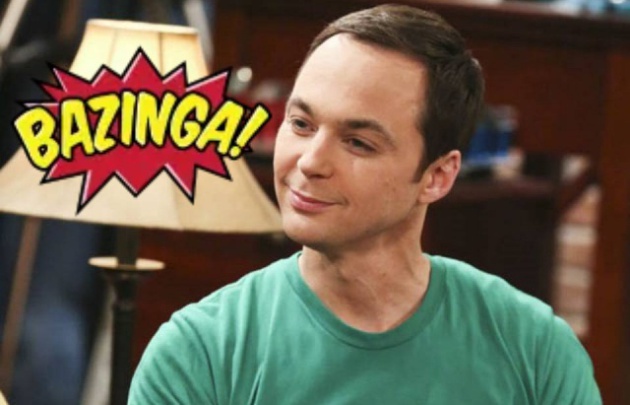 One of the most popular phrases used by successful people is that it is always lonely at the top.
People who climb the ladder of success often crumble to sustain friendships and good terms with
long-standing acquaintances. The reasons that contribute to this theory can very often be related to
jealousy, resentment, personal failure, or discomfort.
These reasons may be responsible for you to run the risk of losing close friends as they may feel
intimidated by your glory and success. This intimidation can lead them to maintain a distance and
even lose touch in the long run. You may wake up one day and ask yourself, “If I didn’t intentionally
try to hurt someone or wasn’t even showing off, then why don’t I have any friends? What do I do to
keep them by my side?”
The answer to this question can be found in the finale of an interesting TV sitcom, The Big Bang
Theory. This sitcom is one of the most popular shows in the world which recently ended with a bang!
In the finale episode, two of its lead protagonists Sheldon and Amy win the Nobel prize for their
contribution to science.
If you’ve been a part of watching this series throughout, you would very well know that Sheldon is
one hell of a self-absorbed person. However, when he receives the Nobel prize, instead of bragging
about it in his acceptance speech, he dedicates this award to his friends. This speech, which marked
the closing of this 11-year-old show, made it emotional and simply exceptional.
Just like Sheldon, you may also find yourself winning awards and contests, getting recognition and
success, and becoming popular in your field. It is in these moments that your decision on how to
share your success with your loved ones will determine who will stand with you until the very end.
Now, take a look at some aspects of Sheldon’s speech and borrow some tips on how to share your
success with your loved ones:
 Giving credit never takes away your credit
If you have watched the show, you know that Sheldon is a genius. He truly deserved the
Nobel prize. But, when he said that he was successful not because of his genius but also
because of his friends and family, you understand the gravity of having a support system.
This gratitude touched his friends’ hearts and ours as well. It made him sound humble and
generous. In fact, giving credit to his friends and family for standing with him did not take
away the limelight from his award. Here’s something to inculcate, acknowledging people’s
contribution to your success never takes away your own; instead, it makes them fonder and
a part of it.
 If you want impact use proper nouns instead of pronouns
Using pronouns in a thank you or acceptance speech makes it impersonal and ineffective. If
you offer thanks using the words, “friends, family, and colleagues”, be rest assured that no
one will feel involved as the message is simply not personal. There is a soothing feeling and a
reassurance when someone speaks your name fondly. Extend this courtesy to others too.
Sheldon, in his speech, named all the important people in his life, especially the friends who
came along to cheer for him. So, the next time you wish to thank people for their
contribution to your success, do not hesitate to name them. These people will feel a
personal touch through this gesture and the world will know that you are brave and kind to
thank your supporters with all your heart.
 There will always be people who are extra special

Some friends are closer than others. Sheldon thanked all his friends but made a small yet
very personal gesture towards Penny and Leonard by addressing them as the two of his best
friends in the world. A good lesson here is that even if we are making it special for our close
ones, there is still room to make it extra special for some. So, don’t hesitate to make the
extra special people feel even more special.

Thanking your supporters and well-wishers in your success may seem like a small gesture but it will
take you a long way. It will not cost you anything but a few words out of your mouth but you will get
a lot in return. Gratitude always reaps benefits in unexpected ways. To add to this and answer your
question earlier, you’ll end up having a lifetime of friendships and support systems and will never feel
alone when you are at the top.

Public speaking for the Team